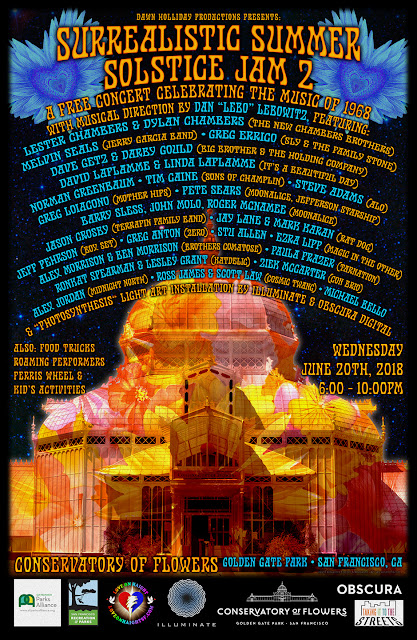 Put some flowers in your hair and come celebrate the start of summer with an amazing night of music in Golden Gate Park at the iconic Conservatory of Flowers.  The City will revel in another free Surrealistic Summer Solstice Jam in the Park and as the longest day of the year slides into night, the Conservatory welcomes back the Summer of Love light art installation launched in 2017.  Photosynthesis transforms the Conservatory into a canvas of colorful light art every night.  The concert will revisit iconic songs of 1968 featuring legendary artists alongside new bright talents in the Bay Area music scene.


The flower-powered celebration is free and open to all ages. A variety of food trucks from Off the Grid will be available, as well.

Space is limited and public transportation is highly recommended. 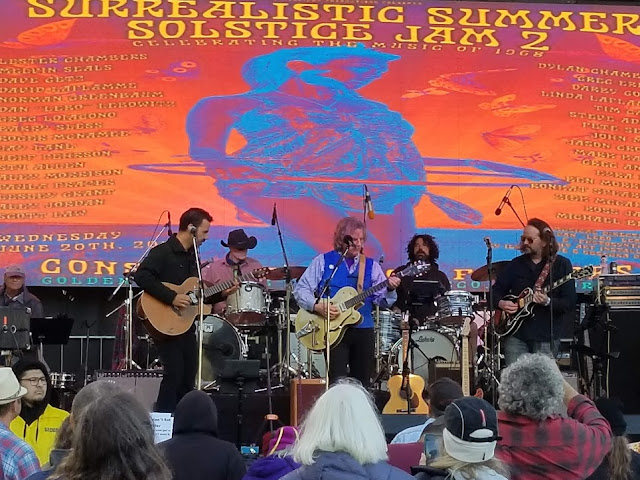 What a night! Watch the video from the whole show!