October 25, 2017
On December 9, ALO’s Dan “Lebo” Lebowitz will be hosting a very special Rex Foundation benefit at The Fillmore in San Francisco, CA, dubbed Dancing in the Street. The event will honor the spirit of the Summer of Love with a group of musicians from that era and more.

Joining Lebo will be many of the musicians who performed in a free concert - dubbed the Surrealistic Summer Solstice Jam - in San Francisco's Golden Gate Park to commemorate both the 50th anniversary of the Summer of Love and opening night of a stunning light show on the Conservatory of Flowers. Artists like Norman Greenbaum, who’s “Spirit in the Sky” was an anthem of the time; Lester and Dylan Chambers; David Freiberg and Linda Imperial of Quicksilver Messenger Service and Jefferson Airplane; Dave Getz, Peter Albin and Darby Gould of Big Brother & The Holding Company; David and Linda LaFlamme of It’s A Beautiful Day; Roger McNamee, John Molo and Barry Sless of Moonalice; Steve Adams; Jay Lane; T Sisters; Mookie Siegel of the David Nelson Band; Mother Hips’ Greg Loiacono; and Paula Frazer. More artists are expected to be announced. 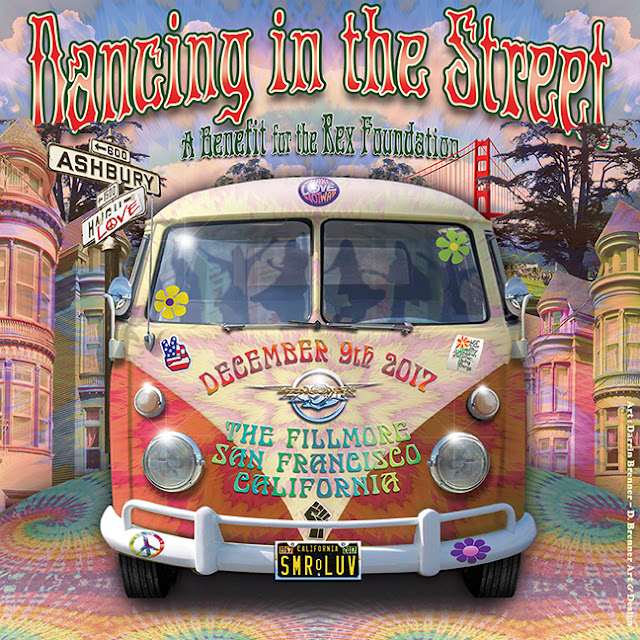 Dancing in the Street: A Tribute to the Summer of Love will take place December 9 at The Fillmore. All event information can be found here.
ALO Dan Lebowitz Dylan Chambers Lebo Lester Chambers Moonalice Norman Greenbaum Roger McNamee