Concrete Jungle, created by Don’t Panic and produced by Eddy, shows much-loved iconic jungle characters struggling to survive on grey city streets, having lost their natural rainforest habitats. SOS hopes the film will encourage donations to their Rainforest Home Appeal, with which they aim to buy an 890 acre plot of land called Cinta Raja and turn it from a lifeless palm oil plantation back into diverse and vibrant rainforest.

Tragically, Indonesia has the fastest deforestation rate in the world, and Sumatra’s forests are being
torn down for palm oil, logging, mining and to build roads. This destruction has pushed the Sumatran orangutan to the edge of extinction, along with the Sumatran elephant, Sumatran tiger and Sumatran rhino, all of which are classified as Critically Endangered.

Individual orangutans, tigers, elephants and many other animals are suffering as their homes are destroyed and they struggle to find food and shelter. This campaign film is a moving illustration of the stark reality facing wildlife in Sumatra; animals need forests, but Sumatra’s jungles are being wiped out. 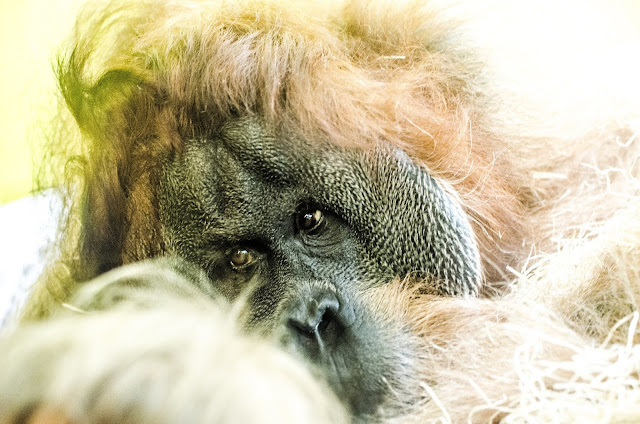 “By taking beloved Jungle Book characters and dropping them into urban landscapes, we hope to
make everyone look twice. King Louie, Baloo and the rest of the gang are timeless figures for both
adults and children; no-one wants to see them in distress! We hope this universal quality is able to
engage a wider audience around the issue of deforestation,” explains Joe Wade, Managing Director of Don’t Panic.

Bringing forests back to life

Fortunately, as this exciting film highlights, there is still hope for Sumatra’s forests. Together with its
partners in Sumatra, SOS reclaims land that has been deforested and restores it, planting and
nurturing trees so that orangutans and other wildlife can return. Land that was barren just a few
years ago is now buzzing with life once more, and there are regular reports of orangutans, elephants
and other animals returning to their forest home.

“We have a golden opportunity to secure a vital area of land on the edge of the Leuser Ecosystem.
Once reclaimed and restored, it will provide a home for thousands of species, including the iconic
orangutans, elephants and tigers we all recognise from the campaign film, forever,” says Helen
Buckland, Director of the Sumatran Orangutan Society.

With a price tag of $1.1 million, SOS has launched a major appeal to ensure they don’t miss this
opportunity to protect a massive area of vital wildlife habitat in one of the world’s most precious ecosystems. Find out more about the Rainforest Home Appeal at www.orangutans-sos.org/rainforesthome.

Some facts shared by SOS give pause and much food for thought
Follow SOS on Twitter, Facebook and Instagram to stay up to date on the important work the charity is doing to protect orangutans, their forests and their future.